Breadcrumbs on the site - what is it?

Breadcrumbs on the site - what is it?

From web developers and web designers you can often hear the concept of "bread crumbs on the site." What is it and why are they needed? 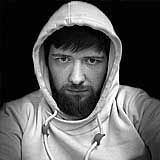 From web developers and web designers you can often hear the concept of "bread crumbs on the site." What is it and why are they needed?

In short, breadcrumbs are a navigation bar. It looks like several text links at the top of the screen, which go one by one.

For example, for an online electronics store, breadcrumbs placed on a product page might look like this:

Typically, this line is automatically generated by the site engine. First of all, it helps the user in navigation: in our example, you can quickly return to the catalog of all laptops and the catalog of Apple laptops.

In addition, the presence of links to all the “parent” sections is useful from the point of view of SEO-promotion of the site, since they make the structure well-linked and simplify the search engine's wandering around the site and page indexing.

Why they are so called

It is believed that the name "bread crumbs" appeared as an analogy with the plot of the old German fairy tale "Hansel and Gretel." In it, the children, lost in the forest, were able to find their way back thanks to the bread crumbs that they left along their path.

2006-04-20
If you have a static site or, for example, a site on the designer, then one day you will wonder: how to transfer a site to WordPress?

2001-11-20
A successful company can only be built with high technology. True

What information should be on the site?

MARKETING SMM-promotion of the architectural studio
«When I look at the profile of the instagrams you created, everything turns out very high quality, and the information magazine is not stuck with itself and we print our work. Posts are getting more sophisticated and more refined, thanks! »
Ruslana Ilyinskaya (General Director of Ilyinskaya Architectural Studio LLC).
MARKETING Integrated promotion of a mobile application site service for restaurants
«We started with the usual Landing + Yandex.Direct set, but in the end we switched to the format of a large site. Contextual advertising began to work better! »
Alex (AppCafe, CEO).